Link between ‘Big Five’ personality traits and studies at university

If you’ve ever thought students studying certain subjects have particular personality attributes, turns out you’ve been right all along if this one new study’s results are anything to go by.

Psychologist Dr Anna Vedel at Aarhus University in Denmark has put together a review in the Personality and Individual Differences journal in which she analysed 12 studies, published between 1992 and 2015, gathering research from just over 13,300 students which showed degree-related stereotypes might actually be true in correlation with the ‘Big Five’ personality traits.

From the 12, 11 were found to have significant differences between subjects. The review examined the so-called five traits: neuroticism, extraversion, openness to experience, agreeableness, and conscientiousness.

When it came to neuroticism

which was characterised by moodiness, irritability, and emotional instability – Dr Vedel found arts and humanities students scored “consistently high” when compared with all others, with budding psychologists coming a very close second. Those in the field of economics and business had, on average, lower scores than the others.

characterised by sociability and assertiveness – found economics, law, political science, and premedical students scored higher when compared with arts and humanities, and other sciences students, highlighting how lawyers and doctors are, indeed, ‘people persons’.

which looked at creativity and the ability to posses a wide range of interests – showed how humanities, arts, psychology, and political science students – on average – scored higher than their peers. On the other hand, those studying economics, engineering, law, and other sciences scored lower.

based on being trustworthy and selfless – found students of law, business, and economics unsurprisingly scored a lot lower than other groups.

the tendency to be organised, focused, and thorough – displayed how “arts and humanities scored consistently lower than other academic majors,” backing up the stereotype that those in this field are flippant and less-organised (apologies to all arts students out there).

By taking into account “general personality characteristics of student populations,” Dr Vegel wrote in the review: “Teachers and instructors may be better equipped to the task of structuring the learning environment in a way that engages the students, makes them feel comfortable, and facilitates their learning process.”

According to MailOnline, author Dr Vedel said she was not arguing the results should play a major role in either guidance or selection, and said: “It might provide some inspiration for students that are in doubt about study choices and want to make a choice based on more than abilities.

“Teachers might better understand their student population and may be able to tailor their structure to it.” 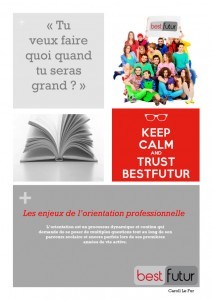